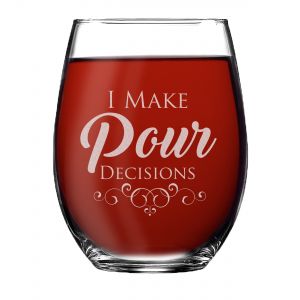 It’s been a while since I’ve written a post and maybe I’ll backtrack to talk about that later. For now, I have a BIG decision to make.

A while back I applied to grad school for an MA in Counseling Psychology. I was starting the debate the idea of becoming a therapist and due to school schedules and application deadlines, it was an “act now, decide later” moment.

I’ve always had PhD envy. I went straight from a BA in English Literature to an MA in Communication. I loved school. I was good at it. One might have thought that after 6 years I would be tired of being a college student. In some respects I felt like writing my thesis was only a beginning. But I thought it wiser to go out into the world and see what it held before I continued on in school.

One of my favorite movie lines is from The Usual Suspects- “A rumor’s not a rumor that doesn’t die.” It’s a clumsily poetic (poetically clumsy?) way to say things that that stick around are meaningful. I’ve been out of school since 2006 (don’t make me add that up, it makes me feel old). I still have PhD envy.

But the Psyd and PhD programs don’t fit what I want to do. So I’m looking at another MA and my business card wouldn’t even change. I know that’s vain and stupid but I’m not here to pretend perfection.

I won’t bore you with the research but it’s going to take 3.5 to 4 years to become a licensed therapist. I don’t mind the thought of being a student for 4 years.

But money will be tighter and I will be dependant on a wonderful, giving, amazing husband. This bothers me as much, if not more than, it bothers him. I can probably work part-time throughout the program and will be earning some income as a not-yet-licensed therapist before those 4 years are up.

Outside of marriage, this is the biggest commitment I have considered. I started college I was 18 and with loads of educators in the family, school was just what you did. That same attitude carried me through my MA. I didn’t see another viable option. Which is probably how my parents wanted it…fair play to them.

A New Kind of Interview

My application made it through the first phase of cuts and I was invited to an in-person interview a few weeks ago. In a room of 50 people, we were told that we were the top half of the applicants. There are 25 spots in the Marriage and Family Therapy program at CU Denver. It was more stressful than I anticipated.

But I guess I did all right because they accepted me into the program.

I have until April 1 to commit and would start classes in the fall.

A Degree of Specificity

I majored in English Lit because I missed AP Lit from high school. We really shouldn’t let/ask 18-year olds to make huge decisions about their future with so little forethought. That’s a giant soapbox for me so let’s not go there.

This degree is specific. If it turns out I don’t like being a therapist then what will all this effort and money have been for???

That I already know what decision I’ll make. I have loved being an entrepreneur. Deciding what I want to do, which clients I am best able to serve, etc. If anything coaching doesn’t allow me to go deep enough. So having my own therapy practice sounds pretty sweet.

I have always been FAR more interested in human behavior than anything business-related. The stuff therapists know about the mind, emotions, personal growth, etc is knowledge I am driven to possess the way an archeologist digs in dirt for decades to find an old rock.

I have done the research. I listened to hours of podcasts about the best/worst things about being a therapist. I read Maybe you Should Talk to Someone. I Googled articles. There’s really nothing more to do.

Except make the decision.