The Line Between Facts and Propaganda

Home / The Line Between Facts and Propaganda

The Line Between Facts and Propaganda 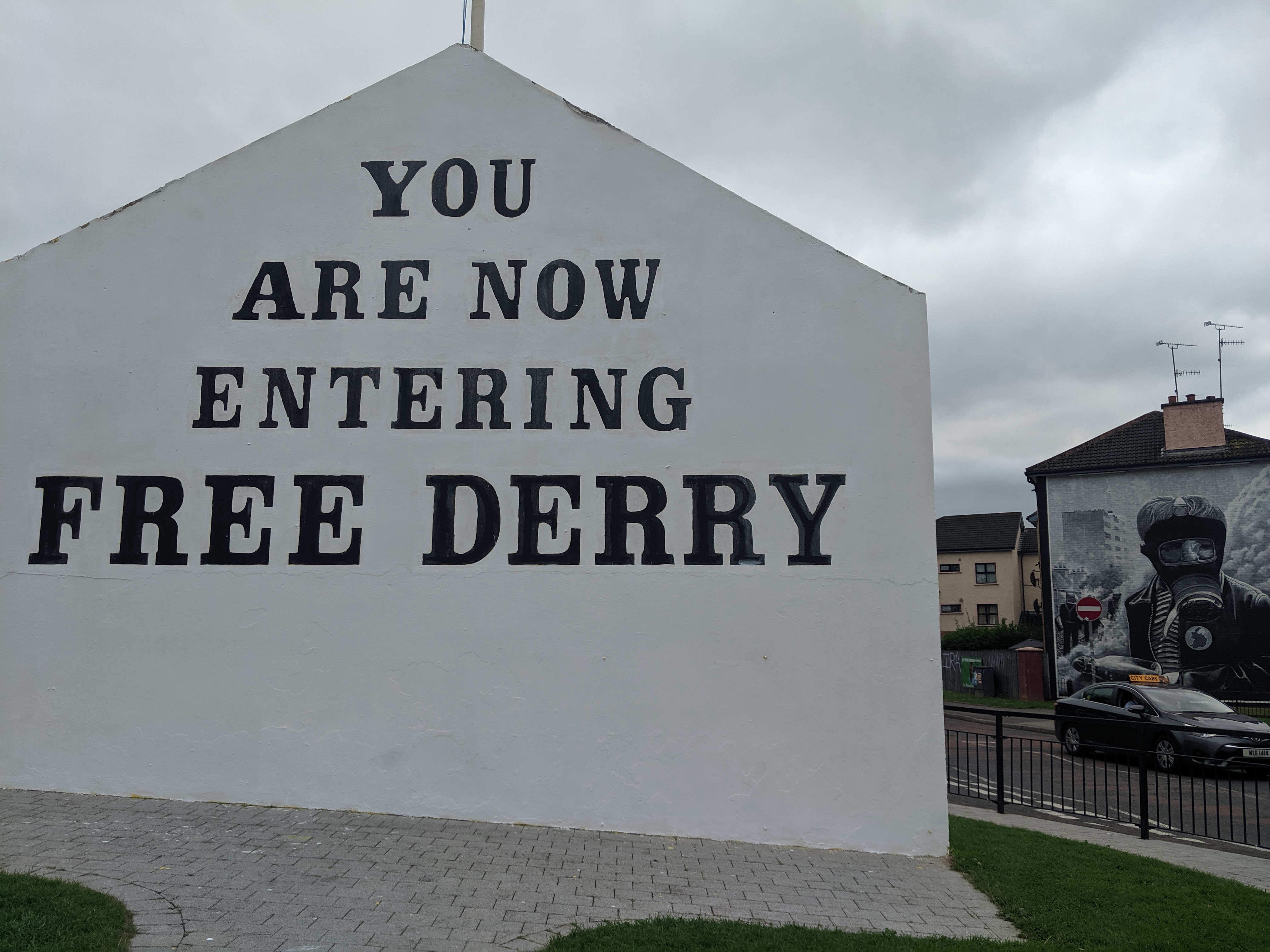 I grew up in a family that watched the evening news every night. My childhood and teen years were accompanied by Tom Brokaw’s deep voice reporting on the last few years of The Troubles and the Good Friday Agreement. I became fascinated with Ireland and this conflict. I never felt I really understood it. Now I am only beginning to understand.

Today I visited Derry, a town west of Belfast. Standing in the Museum of Free Derry, I saw a TV screen with 2 old photos of little girls, Bernadette (9 years old) and Carol (4 years old) both with the last name McCool.

My paternal grandmother was a McCool. So naturally my curiosity was roused. Looking at the top of the screen, I saw that these were victims of the Troubles here in Derry. Was I (very distantly) related to victims of The Troubles? Where there other McCools who were lost in these events?

Curiosity tugging me forward, I touched the screen. Yes, their father Thomas McCool, also died. He was a father of five and a devoted Republican (completly unrelated with US Republicans, this means those in favor of a uniting what is now Northern Ireland and the Republic of Ireland).

He and several others (including his two daughters) were killed “when a bomb exploded prematurely while being prepared in his home.”

So…that bomb probably wasn’t being made without his knowledge. In all likelihood, he was making, or helping someone make, a bomb. As I dug further after visiting the museum I found he was indeed a member of the IRA.

So is listing him among victims truth or propaganda?

On a tour that morning I was told that Derry only had 12 members of the IRA before Bloody Sunday. On Oct 5, 1972 the local police attacked a peaceful civil rights demonstration. The protesters were inspired by the Civil Rights movement in the US and demonstrations in South Africa. The participants were asking that Catholics be given a fair chance at a job, given “one man, one vote,” and to end the gerrymandering by Protestants.

After 13 people were killed that day, the IRA’s numbers grew exponentially. “Everyone wanted to join the IRA,” said Kathleen Hutton. Her father was killed in this same explosion as the McCools, dying two weeks afterward.

Republicans (largely Catholic) were understandably angry and afraid of the Unionists (those who did not want Northern Ireland to join the Republic of Ireland), Protestants, and British police and soldiers.

So the story goes that while the IRA did some bad stuff, it was in retaliation for excessive force by the local police (state-sponsored Protestant and/or British-leaning men).

But Thomas McCool was killed in 1970, two years before Bloody Sunday.

No one is really arguing that The Troubles started with a stand-alone event. Tensions in this area go back hundreds of years. But when a tour guide tells us this information with a “they attacked us” undercurrent, it’s easy to pick a side. Without asking what the other side argues or reports. Such as why IRA members were making bombs in 1970.

It can not go without saying that this tour guide was the son of a man shot dead by the British police on Bloody Sunday in 1972. He was 7 months old when his father was shot in the back. The story of investigation, justice, and responsibility for this act (and the other 12 deaths that day) would go on for another 40 years.

So the interesting part of this story is not whether I have any real connection to this family. The interesting part is that this is one of a thousand microcosms showing how complex this conflict is. Even with my simplifications for length, clarity, and sheer ignorance.

There is your truth. There is my truth. What do we do when they are not the same truth?

No one I’ve talked to feels that the process is finished or wounds healed. There is faith that the next generation will get it right as the older generation steers them away from violence.

P.S. Want to know the story of the soldier who killed my tour guide’s father? The story of how the town I visited is contentiously known as both Derry and Londonderry? What is Free Derry free from? I have only skimmed the surface of my (relatively scant) knowledge here. But I don’t want to bore you.